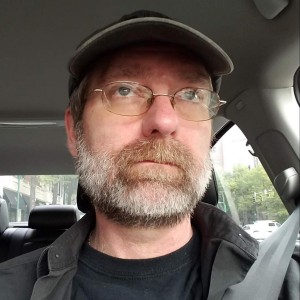 When I was a kid, I was fascinated with many things. I always wanted to have my own business, and I was rather obsessed with media. In those days, “media” was newspapers, magazines, radio, and television, and they all excited me.

I had no idea that the greatest media revolution in all of human history would happen while I was just a thirtysomething.

I made my first websites in hand-coded HTML using the Notepad app that comes with Windows. I made the first-ever official web page for the City of Chattanooga (embarrassingly bad, but hey, we were all just starting out.) Few people at the time even knew what a website was, and those that did figured it was just more nerd crap that could safely be ignored!

Of course the web came to be like fire and the wheel in human history… one of the greatest world-changing technologies.

It was in the nineties that Linux was born; it would become the dominant server operating system of the web. It would also fuel the open-source movement; who’d have thought that giving away code for free would become central to everything, everyone, everywhere does on a computer?

And then there was WordPress. I played with WordPress when it was really young, and I had mixed feelings. I kept coming back to it because of the themes… I’m a coder, a server dude… not a designer. Themes made it easy for me to make my site look nice, and looking nice is important.

WordPress did the right thing, at the right time. They have been, from day one until now, staunchly open-source. They made it very easy for others to add-on to WordPress, and they managed to maintain a line by which contributors had to be open-source but could still earn money off their contributions. Today, one in every three websites on the whole of the Internet is a WordPress website. And nearly 28% of all e-commerce goes through WooCommerce, the de-facto plugin for eCommerce in WordPress.

There has always been this feeling I’ve had when sitting behind the dashboard of a WordPress site… it’s like, the whole world is out there, just waiting, and you have a message to send, and you can.

But because of the open-endedness of WordPress, there’s so much you can do. The official WordPress plugin repository contains over 50,000 plugins. You can do just about anything you want with WordPress; it is becoming, as its founder hoped, “the operating system of the web.”

My company, KMD Enterprises, could have done a lot of different things. But we don’t. We do WordPress. We chose to enter a field where there are tons of other companies and individuals doing business because we felt we could add something special. And I believe we have, and are, because we take in the whole picture – not just from a technology standpoint but the gestalt of what our client represents – and bring that to Internet life in a fast and secure manner.

If you’d like to learn more about what KMDE can do for your business, please message us; we’d love to talk to you.

We use cookies to ensure that we give you the best experience on our website. If you continue to use this site we will assume that you are happy with it.Accept